Welcome back to the Tuesday tease!
As we begin the long goodbye to Celestra I thought I’d pepper the Tuesday tease with some fun facts, mostly random stuff, I find amusing regarding the series and my time writing it in general.
First, ELYSIAN edits are going great. It’s a large book so my editor has chopped it in half just for edits.   She’s finished the first half and now I’m combing over it in final read-throughs (yes, final!). I expect the rest either later this week or early, next. *somewhere Sarah cries* As for the unusual girth, I’m sure some will say why is this book so damn big? And others will say, hey this book isn’t that big at all! Where the hell’s rest of it? Whichever camp you find yourself in just know each word was born of love and perhaps a little too much lust on Skyla’s part, but I won’t take credit for that.
5 random Celestra confessions!
1. Since I began the series over two years ago I've gained what I not-so-affectionately call the Celestra 15. (I completely blame my addiction to Nutella.)
2. My house looks wrecked twenty-four seven, unless company is coming then I put in a manic cleanup effort. But in my defense that’s exactly how I operated before Celestra, so there’s that.
3. I never made it a practice to drink caffeinated coffee before writing the series and now I can’t even look at decaf. What’s the point?
4. I’ve convinced myself that it’s OK to live in the alternate world of Paragon. Only half of the stuff that actually goes on in that island ever makes it into the books. ;) True story.
5. While penning ETHEREAL, out on the patio, an overgrown crow (a raven perhaps?) made a concerted effort to hop around my laptop until finally I gave in and put him in my book. While penning ELYSIAN an overgrown crow (could it be the same freakishly large bird?) has been hovering around the house. When I take my laptop out back, he joins me. I think this proves that indeed, Nevermore lives.

I’m going to do my best to get a cover for ELYSIAN this week. I’m crazy deep in edits so if I’m slacking on anything, please forgive! And as soon as my betas read “the end” and let me know their thoughts, I’ll share them with you (albeit vaguely ;)
So soon you’ll have all the answers! West High and its relatively psychotic student body will be but a memory. But, we’ll always have Paragon.
On to the teasers!

THE SOLITUDE OF PASSION

*(Mitch saying goodbye to his pregnant wife, Lee, at LAX before departing for a business trip to China. He’s taking his brother Colt’s place on the trip.)

Lee swoops in and shoos Colt away. Her face is blotched, and her eyes stained with large, dark rings from crying. It’s a haunting image that sears itself into my mind before I can stop it.
“Love you.” I press a kiss into her, deep and lingering, as if we were alone. I don’t usually make it a practice to make out with Lee in front of my mother, but this is an exception. I fight the urge to start breaking all sorts of carnal rules like taking off her clothes—having her right here at the baggage check in.
“I can’t do this without you.” The words strangle out of her, broken in pieces, as she glides her hand over her stomach.
My hearts breaks just witnessing all of the misery I’ve caused, and I haven’t even left yet. I sweep my thumb over her cheek and press in a kiss to her forehead.
“I’ll be right back.” Made it sound like I was going to the refrigerator.
“What if you’re not?” Her eyes are on fire with grief, her lips quiver with fear; although, I’d like to think it was the kiss I just delivered that was making her tremble.
We hadn’t entertained the theory of anything tragic happening until now. Something tells me it’s too late to explore the concept, so I nip it.
“But I will be,” I whisper. “I promise you. I’ll be okay. Don’t fall in love with Colt while I’m gone.”
She shakes her head like a frightened schoolgirl. I want to add, if I don’t come back it’s okay to fall in love with Colt. Something tells me to say it, but I don’t.
I crash my lips into hers instead.

*(Skyla at the senior rally)
I tried to find Marshall before the rally began but he was nowhere to be found. He’s faculty, and perverted—he’s practically required to attend all events that star teenaged girls in their skivvies.

*(Brielle giving Skyla advice on her love life while getting ready for Halloween)
“Hey you just called yourself his girlfriend. I think that’s a part of the problem. You think each one of them is your boyfriend. You’re going to have to deal with the fact that you need to let two of them go.” She dots my forehead aggressively with a charcoal finish. “I know! Why don’t you envision them each with another girl, and the one you’re the most pissed at for cheating is the one you can’t live without.”

Hope you enjoyed the teasers!
Remember Ethereal Knights is live if you haven’t checked out what the boys have to say yet. They’re a little naughty but oh so delicious. 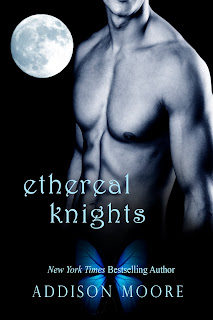 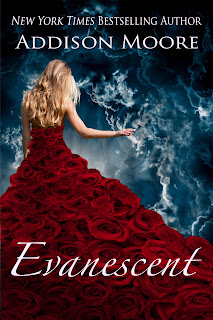 Happy reading!
Posted by Addison Moore at 12:26 AM

I'm hooked already! The solitude sounds fantastic! just curious what the order for the next few books to come out might be roughly? I assume Elysian is next but what after that? I can't wait to sink my teeth in it whatever it may be. I really do hope to see paragon in tv someday! Any news on that front?? lol well now that Im done with my 20 questions I wanted to say thank you for being the kind of author that really knows and appreciates her fans. You go above and beyond for us!! I hope you had a great Mothers Day.

I have been excitedly awaiting Elysian yet dreading it's arrival! I absolutely LOVE the Celestra series. Every single character is so developed.I always feel the emotion and the intensity of everything the residence of Paragon go through.
I am happy to hear Elysian will be a big book. It has got to be super hard for you to feel like you have some sort if closure in the series and Skyla Messenger's happy or perhaps not so happy ending is everything you want it to be. I'm always eager to get a book but I always understand the time it takes to get it right. The longer it takes tells me it will be a great read and give me some closure to be able to let go of the series and not wish for another book. I am sure I will still dream of Paragon. I am certain I will never forget any of our Ethereal Knights. And Skyla Messenger will always make my list of favorite female lead in a book!

Thank you for the time you put in to make sure this series is great and has the ending it deserves! You are appreciated! ;)

Yes skyla what was so amazing!?! I need these books! I can hardly breath

Okay. I am dying here. I agree with Skyla above me I can hardly breathe with how much I want this book. I finally finished Ethereal Knights last week and it was delicious. I love the different POVs. I have yet to read Laken's series because I am scared to get hooked on those too. Mostly because they take so long to come out. I do not like the wait. After the entire series come out I will read all of them consecutively. I do that with most books actually. But if I could pre-order your books They would already be bought. I am looking forward to Elysian with abated breath and I know you will do the entire series justice with the ending.

I'm am looking forward to your new book. It sounds completely intriguing. As far as Elysian is concern I am so scared and excited to see who Skyla finally ends up with. Hopefully Logan. (They will make beautiful children) plus it will make the Counts go crazy. Or with Marshall to see what their children powers will be since it will be a new race. Guess my waiting is almost up. Can't wait. Have a good week.

I'm probably going to be in the where the hell is the rest of it group :) but I'm glad its coming out soon! By the way I'm addicted to Nutella too. YUM. ;)

Jami Freed - You're so sweet to be hooked! Ok, good question; the order of the books *hopes* ELYSIAN, The Solitude of Passion, "my new NA", Entropy, a Christmas Novella (also NA) Skyla's new series, Followup to first NA, Someone Like You (follow up to Someone to Love). lol! I'd better get cracking! As for the show last I heard my agent was looking to shop it again. I'll be talking to my lit agent hopefully this week and perhaps she'll know more. I'm the last to know.

Sharon Alvarado - I'm so happy you don't mind that it's a big book! I never know what people are going to think. I'm thrilled you like it longer than shorter. I figured I owed Skyla and her friends a rather lengthy goodbye. It went through the list of reader questions and answered each one. I hope it's not exhaustive. I had so much fun penning the end—even if I did shed a few tears. ;)

Thank you for the info! I have a lot to look forward to :) Keeping my fingers crossed for the show!!

Tiffany Garris- I'm so glad you enjoyed EK!!! And oh, how I wish you'd heart the Counts as well. I love Laken and her crew. I hope you will, too!

MM2011 - I hope you do make it last. It's the final book and there won't be another ferry leaving for the island for a while. ;)

kcasanova88 - You're right, time is almost up! Gah! I'm SOOO excited! I'm just waiting for second half edits to come back. As soon as they do I'll edit and head right into final read-throughs. I can't wait to launch the final book!

CRAZY4BOOKS2522 - it really is almost here!! :) I'll announce on FB once I get the second half edits back. It should fly by after that.

redheads rule - Ha, ha! I kind of feel like it goes by fast when I read it but that's just me. ;)

ashaustin - lol! Nutella for all.

for some reason I can only envision Skyla smirking & saying that "the early bird gets the worm," or just asking what had her running late today... ;)

My HS French teacher got got me hooked on Nutella way back in the day. Have you ever tried it on Graham crackers w/banana slices? It tastes positively sinful!

Erin - lol! She would say that, too. And as for Nutella, I've yet to try it that way! It sounds like I may have to try this for breakfast. Thank you for the yummy advice! And thank you for reading~! :)