Thank you to all who supported the release of ROCK CANDY KISSES! The release was a great success because of you. About the book: Rock Candy Kisses *can be read as a stand alone*

On to the NEW teasers!

*Marley and Wyatt's story (The first time Marley meets Wyatt. She might be under the impression he's a narc. ;)

“Excuse me.” A deep voice, dark and lush as midnight, whispers in my ear from behind. Even with my high rise FMs on he’s taller than me by a foot. His heated breath falls over my shoulder like a furnace. I don’t need to turn around to confirm that it’s the hottest narc on the planet. And me without a single illegal pill popping remedy. I give a short-lived smile before pausing just shy of the entry. “Can I buy you a drink?” 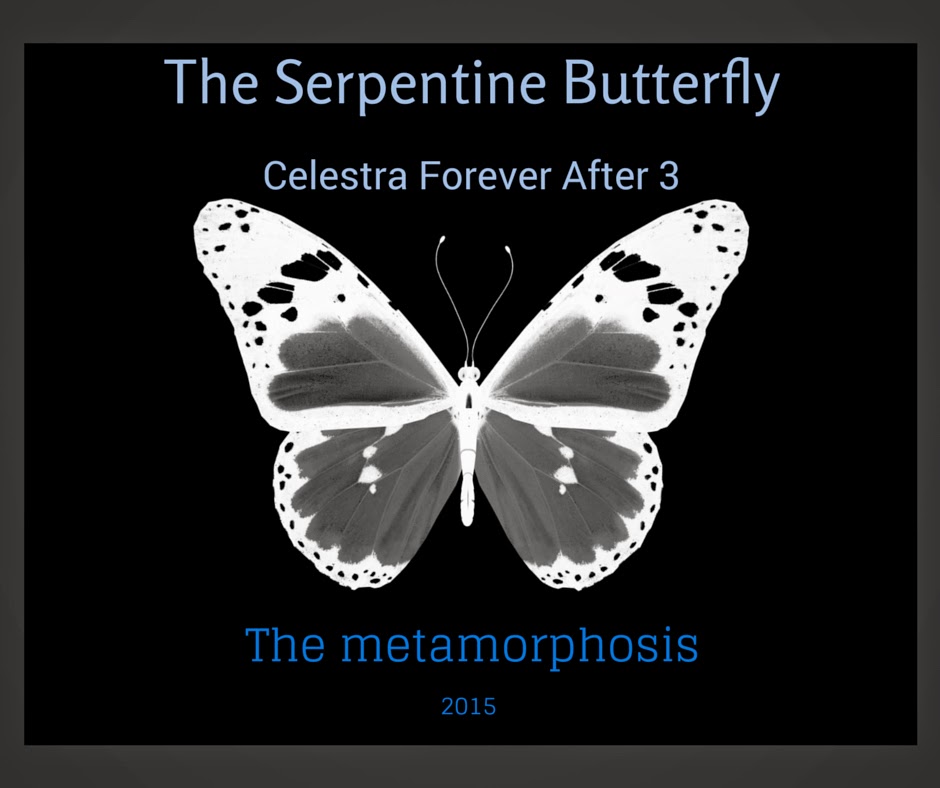 (Cover reveal coming soon!)
The Serpentine Butterfly (Celestra Forever After 3)
(Yes! The teasers are here! They will most likely be sparse but I’ll post whenever I can.)
*Skyla with Marshall.*

Marshall growls and gives the curve of a smile at the same time. It’s a talent only a Sector can perfect. “I find the fact you fear anything is amusing.”
“Is that why you were disguised as a clown the first time we informally met? Then you donned that ghastly clown face again last Halloween?”
“Precisely. Is this something you’d like me to reprise in the bedroom?”
“Do it and see how far it gets you.”

Wooohhoooo... Finalllyyy some thng from skyla's story... Cant wait for u to complete it... N to read it :D
loved Annie's story.. cried along with her when she was sad n smiled when she was happy.. :)
Eagerly waiting to get back to paragon!!! Love u Addison :*

Loved Annie's story!!! I just finished beautiful oblivion a few mins ago and I'm about to start beautiful illusions. But I have been looking thru over a year ago`s teasers about oblivion trying to figure out exactly you were talking about there being a vignette of Marshall?? I searched my book thru and thru even used the xray feature trying to find it and it's just not here... did I miss something? Well I'm off to begin illusions. The only book of yours left on my to read list. Looking forward to many more... you never let me down!! Xoxo

Afrin Basar - So glad you enjoy Annie's story!!!! She has a special place in my heart. Thank you for reading! XO

Jami Freed - Actually I removed the naughty short at the beginning of the year. I'll have to go back and update the blog with that info. I plan to put together something with more Celestra content and include that at a later time. (It *might* still be available in the paperback addition but I'll have to double check.) I hope you enjoy Beautiful Illusions! :)

Woo hoo Im excited for anything that comes from Paragon! To be fair I get just as excited for any book that you write :) I did love beautiful illusions btw and cant wait for velvet kisses! I'm very happy that your mind works like a squirt gun horse race so that all of your other fans and I always have a new amazing book or series to look forward to without having to wait several months or years in between. Lol
Thanks for the awesomeness that is your mind!!