The Tuesday Tease and book news!

Happy Tuesday! I hope your week is off to a great start, and I hope those of you who were locked in a frozen tundra last week are finally thawing out. We’re having unusually warm weather here in L.A. and, if I could, I’d ship you some sunshine in exchange for some much needed rain.
News, we got a puppy! A Siberian Husky named Harley has landed in our midst. Aww, right? She’s cute as all heck and has doubled in size the four days we’ve had her. We thought she ran away, for about two hours today, and my daughter and I shed some serious tears only to find her sleeping under my daughter’s bed. She obviously got lost in the mess and passed out. God knows I want to pass out each time I’m in there. (For pics of Ms. Harley girl, feel free to follow on instagram: authoraddisonmoore

Lots of book news! First, I wanted to share with you once again the Order of the Books link at the top of the page. I’ll be updating with each new release, but it’s a great way to see what’s already out there. 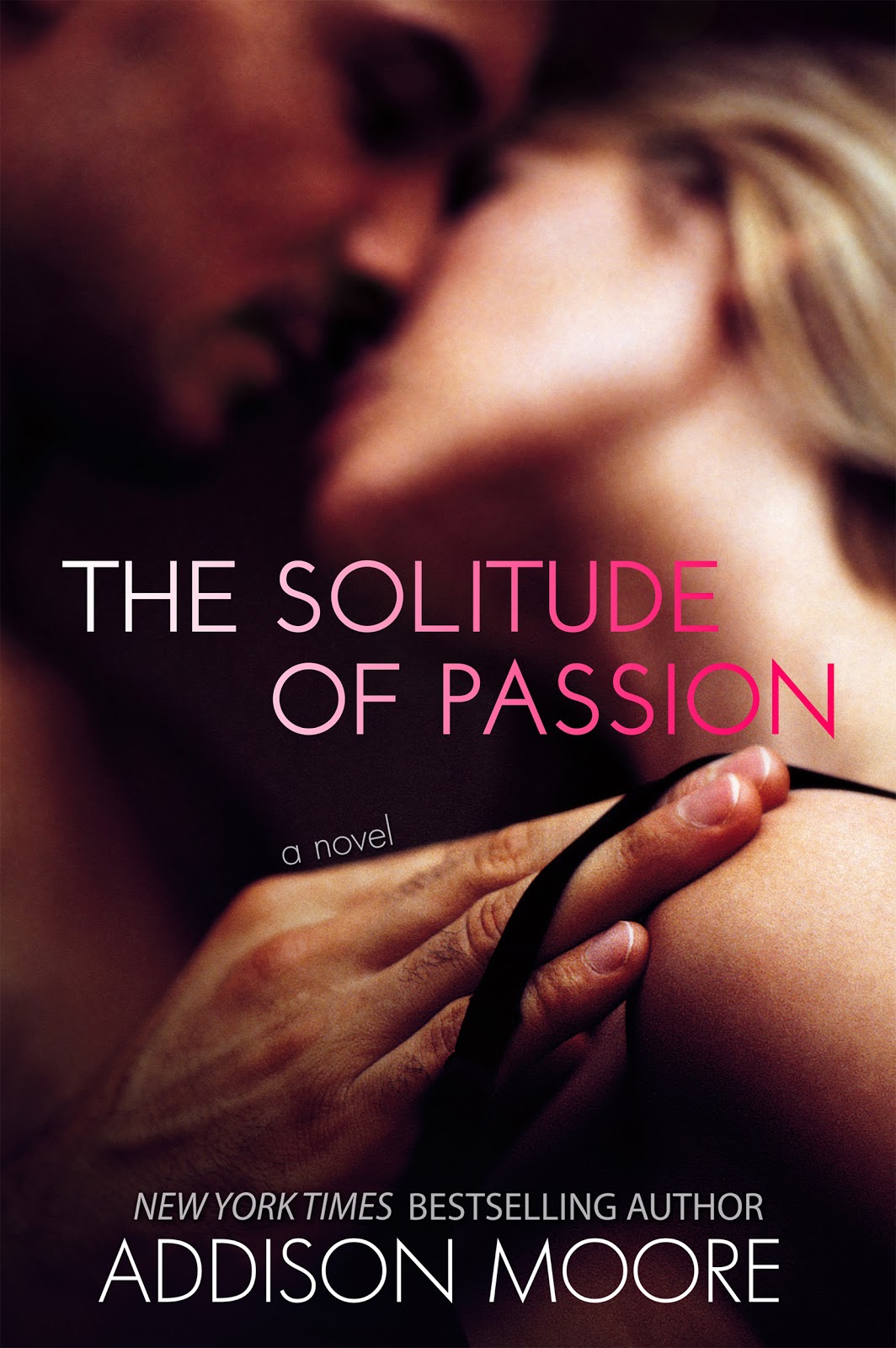 The Solitude of Passion is a Kindle countdown deal this week! So if you haven't had a chance to read it, Amazon has discounted it for the next few days. Link!

Celestra Forever After news! Yes, I’m knee-deep in Skyla’s twisted life and enjoying every Paragon-lovin’ minute. It’s fun to be back, even if things have shifted in her world. It’s a wild, steamy ride, and I hope you’ll enjoy it, too.

SUGAR KISSES news! Release date: February 11, 2014 (Tuesday). Roxy enters Cole’s world, and, well, teaches him a lesson. ;) Roxy is feisty and Cole is about as much of a manwhore as they come. Hold onto your skirt, it’s going to be a bumpy ride.

SOMEONE LIKE YOU is finally here! Yay!!!! January 28, 2014 (Tuesday). That’s just two more weeks!!!!!!! I cannot wait to share with you Ally and Morgan’s story. This is the second book in the Someone to Love series. Ally is Kendall’s best friend, and Morgan is Kendall’s big bro. There’s still plenty of Kenny and Cruise in this one, too. The third and final book in the series Someone For Me releases later in the year and features Kenny and Cruise once again.
On to the teasers!

Sugar Kisses (3:AM Kisses Book 3)
Roxy and Cole’s story.
(Cole’s POV at the apartment)
Roxy sways her head over her neck as a light moan escapes her. Her eyes are glazed over with a lustful look that’s just this side of feverish. Her mouth covers mine, and I don’t fight it. I’m in, and Roxy can have me any way she wants. We’re all tongues and teeth, heated breaths, and groans for a small eternity.
Roxy finally curls into me until we’re spooning right there on the floor.
“I’m sleeping with you whether you like it or night,” she purrs.
I wrap my arm around her because I happen to like it a hell of a lot.

SOMEONE LIKE YOU (Someone to Love Series #2)
Pre-order here!
(Ally and Morgan, um about to have a good time right after they meet…)
“Let me guess, you’ve got a thermometer in your Levi’s and you’d really like to take my temperature.”
His chest vibrates with a silent laugh. “Everyone knows an internal temp is the only way to go.” His voice rumbles, deep and secretive. “The name is Morgan. And I’m no doctor. But tonight I can be anything you want.”

“At first glance I thought, how did he get his foot up there? Then I thought, my God, is that my foot? Then all kinds of crazy things went through my mind like maybe it’s his hand—his freaking arm, but—”
“What the hell are you babbling about Messenger?” Brielle looks more than worried for me. “Oh my, God, you saw his baseball bat!” She inhales a lung full of air. “So I guess it really is that big.” She goes to high five me and accidentally smacks me in the face.

*Ha! Poor Skyla.
Enjoy your week!
You can pre-order Someone Like You : here!
Posted by Addison Moore at 9:47 PM

You have so many awesome books coming up! Very excited for you and to get to read them. Already have Someone Like You pre-ordered!!! And aww for the husky pup! <3

Sarra Cannon - Sarra!! BIG thank you! I heart you so much. I hope you'll enjoy Ally and Morgan's story!!! And the husky is like having another child. lol! Her cuteness saves her. ;)

No I have not read any of her books