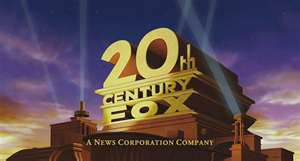 *Update* The option has expired but the series is being shopped again. I'm hoping for all good things!

I am so honored and thrilled to announce that 20th CENTURY FOX has optioned FILM RIGHTS to the Celestra Series with the intent of turning it into a TV SERIES!!!!!!

In July, I received a call from my literary agent, extraordinaire, Rachelle Gardner who informed me that 20th Century Fox was interested in FILM RIGHTS!!! I was completely blown away. Rachelle quickly procured highly coveted film agent Joel Gotler (I LOVE that man!) who handled all the details and made sure my fairytale came true.

I’m so glad that after many, many months of celebrating in silence, and happy dancing in the dark, I’m able to share this great news with you.

So, on behalf of Skyla, Logan, and Gage, well, OK, Marshall, too, thank you for reading and sharing in this happy, happy news.

Welcome to The Indelibles Blog Hop!


In celebration of our official launch, we are giving away a KINDLE FIRE! If you’d like to start at the beginning of the INDELIBLES ON FIRE GIVEAWAY BLOG HOP, then please start here: http://indeliblewriters.blogspot.com/
If you are already mid-hop, then welcome to your next stop! By following the link at the bottom of this post, you can proceed to the next author (and check out the awesome, individual giveaways we are doing along the way!). If you are entering to win the KINDLE FIRE, don’t forget to make a note of the keyword at the end of every blog post - the words spell out a phrase you will need to enter the contest on the last stop.


Marketing guru Shelli Johannes Wells has teamed up with twenty-four other indie and small press authors to bring you the Indelibles.

“We are indie authors who write middle grade and young adult fiction.
We are dedicated to leaving a permanent mark on the world with our stories and words.
We are The Indelibles.”
Each week, we’ll explore fun, fabulous, and fierce topics for today’s teens, drawing on pop culture and themes from the books we write. Check out our official launch Monday, January 9th for fun giveaways at http://indeliblewriters.blogspot.com/. We’ll also be having a “blogger” chat on January 11th and a writer/author chat on the 18th to answer questions about self and indie pubbing. See our blog for details.
If you're stopping by for the first time, I'm Addison Moore author of the Celestra Series and other YA novels in the works. ETHEREAL is the first book in the Celestra Series.

The contest begins at 12:01 PM Monday, January 9th and ends at 12:01 PM Thursday, January 12th. If you've stumbled on this post early, please be aware that all the links might not be working yet, and you'll have to come back during the official contest to complete the hop. =)


KEYWORD IS ; OUR
Hop on over to Lisa Nowak's blog and check her out! http://lisanowak.wordpress.com/
Posted by Addison Moore at 3:48 PM 28 comments: