It’s Tuesday! I’m giddy because I had a great week editing Celestra Forever After. I’m on track to send the ENTIRE book to my editor on Thursday! *squee* (Heads up, Sarah!)

Quick news: Someone to Love is still only $2 for a few more days! Make sure to pick up a copy before my publisher raises the price again! Quick, go and get one! I’ll wait...

Would you like to listen to the audiobook for Someone Like You? Just click here and listen to the first 10 minutes of the book! Happy listening!

Since Celestra Forever After is moving right on schedule, if all goes well with my editor and betas, we should have a mid to late March release date! This is a new series. It takes place after the young adult Celestra series has been completed. It’s structured so that new readers can pick it up and not feel totally lost. Hopefully soon I’ll have a cover reveal! Next week-ish???

*Logan and Coop, watching Wes from a distance.

“He’s here, huh?”
“Apparently, so. It’s giving Laken some anxiety, but she’s a strong girl. I’m not too worried. I told her if he tries something, to feel free to invert his jewels and show him who’s in charge. Hell, I might knock his balls in myself.” Coop’s brows peak as two other guys dressed in black suits approach Wes. “There’s an underground society the frats are forever spinning urban legends about—The Blood of the Dragon. It wouldn’t surprise me if Wes is campaigning. And if he gives them enough cash, he’ll be running it in a week.”
“What the hell would he want with a bunch of college goofs? He’s a little busy culling the dross from the Counts, isn’t he?”
“Who knows, maybe he’s scouting new recruits.”
Shit. “Human recruits.”

*Hope you enjoyed! It won't be long now!

Don't forget Sugar Kisses it out! Roxy is full of attitude and Cole thinks he's all that. But they can't stay away from those late night Sugar Kisses!

Posted by Addison Moore at 12:03 AM No comments: 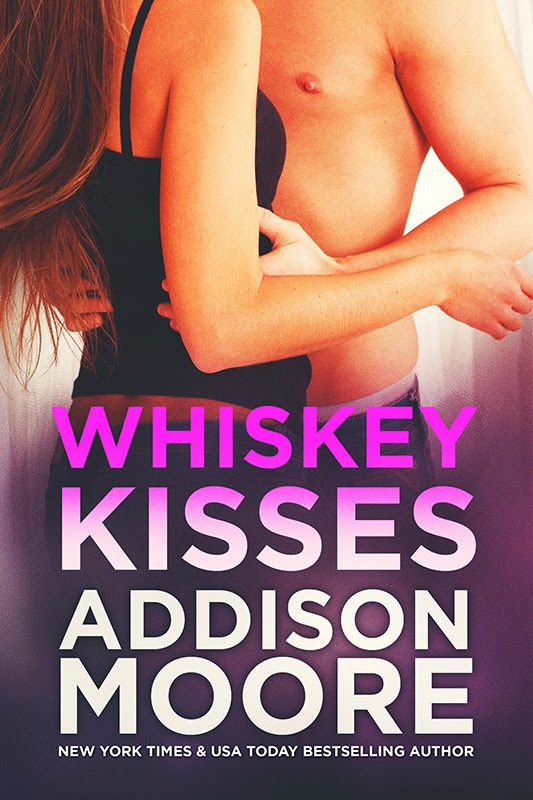 Posted by Addison Moore at 10:00 PM No comments: 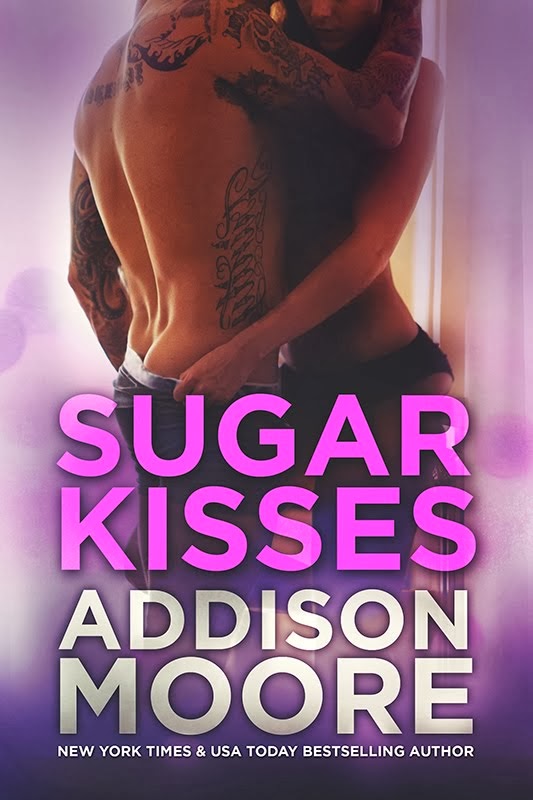 Big thank you to all who supported the release of Sugar Kisses! It was a fantastic release, and I’m thankful for the kind reviews as well.  Look for a cover reveal and jacket blurb of WHISKEY KISSES this Friday!
Book news: WINTER KISSES redux! The cover art for WINTER KISSES will be changing some time this week and that means the paperback can finally arrive! Yay! 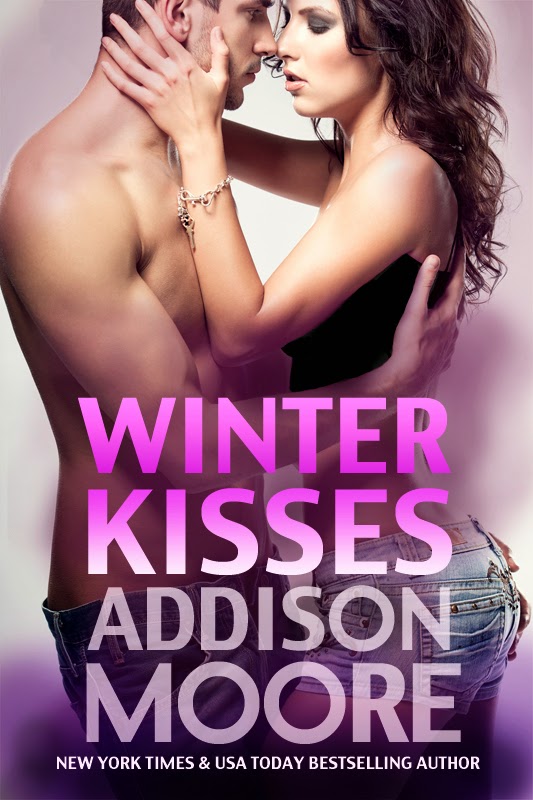 Isn’t she purdy? I’m in ~love~!
CELESTRA FOREVER AFTER news: It’s DONE!!!! And half the book will go to my editor this week! It’s really moving quickly. I’ll try to have a cover for that one soon as well.
On to the teaser!

CELESTRA FOREVER AFTER
New Adult  17+
*Skyla with her man (name omitted from text to prevent spoilers).

“I appreciate that.” I rub my fingers over his cheeks. He’s growing his stubble out, and he looks that much more adorable. “You’re just so damn hot. Once you get out on that field next Friday night every girl on Host will want to bed you.” I dip my hand up his T-shirt and lean in to whisper. “Including this girl.” My cheeks fill with heat, and I have to look away a second.
“You’re the only girl I want even close to my bed.” He dots my lips with a kiss and scrapes his rough stubble over my cheek.

*Melts* I hope you all have a fab rest of the week!
Someone to Love is on sale! I don’t know how long it will last but if you haven’t picked up a copy it’s a great time to do it! 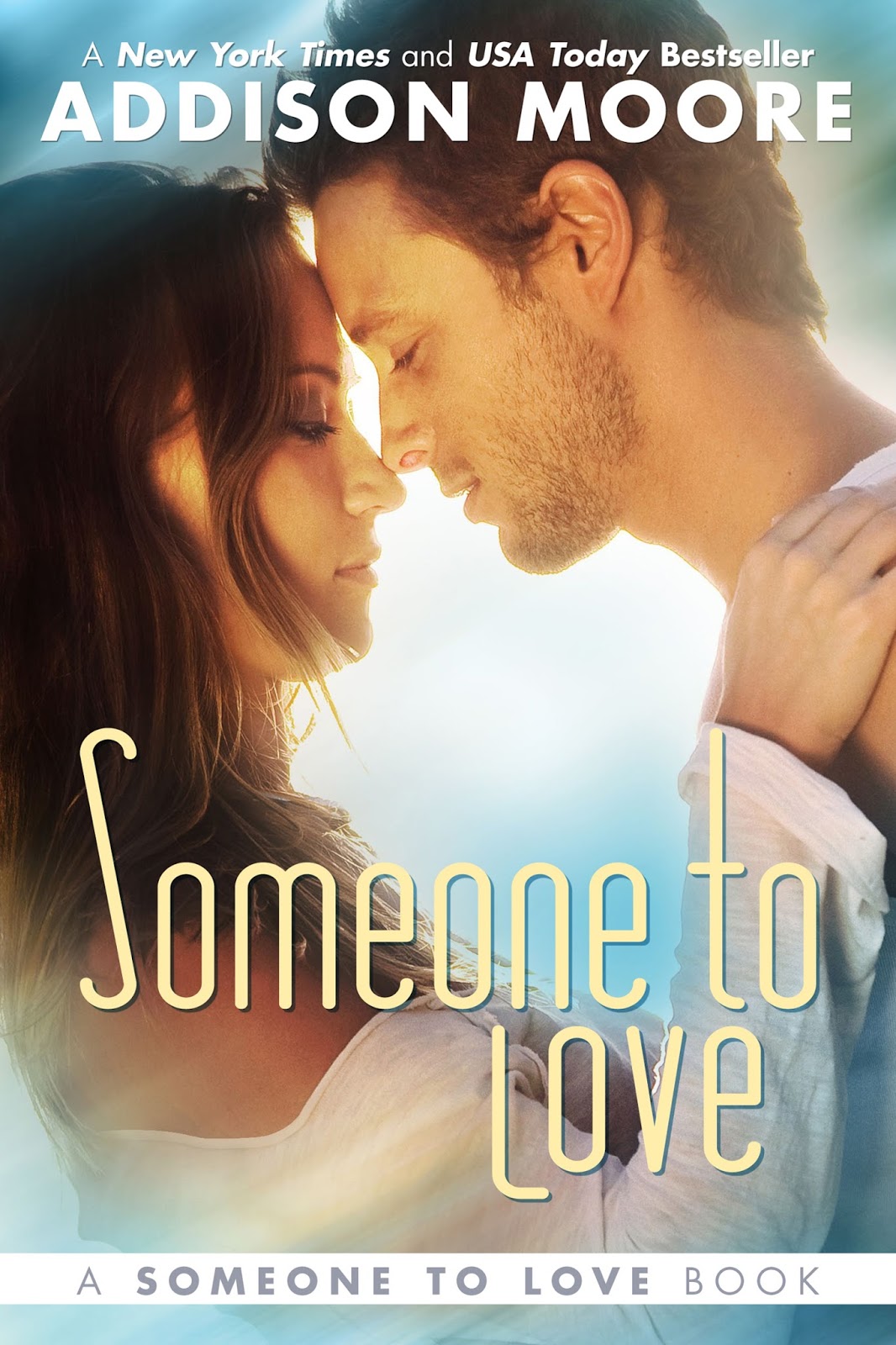 Posted by Addison Moore at 1:31 AM No comments:


(The link to last weeks blog hop is here!)

*This novel can be read as a stand alone*

Roxy and Cole have been unleashed into the world! I'm thrilled to give you another part of the 3:AM Kisses story.

A little about the book:

Other book news: Celestra Forever After has morphed a tad bigger than I anticipated (typical Skyla), but that's partially my fault since I find Paragon a nice place to visit. Edits should start on Thursday—yay! And they should move quickly on my end so that my editor and betas can get into the manuscript and help me whip it into shape. Yay again!

On to the teaser:

“Know this.” Marshall leans in until I can feel his breath warming me. “The fruit of the rose family is often lethal. It will certainly do this world in.”
“You’re talking in riddles.” My gaze falls out the window at that horrific dragon painted across the building with his terrifying grimace. His ruby eyes shimmer right through the fog with an eerie incandescent glow.
“Does the dragon fit into this—Omen?” I test his name on my lips. I’ve hated it all along. It feels evil, nefarious.
“Indeed he does.” Marshall shoulders up next to me and fixes his gaze on the creature’s awful countenance. He hones in his hatred and glares at the monstrosity as if it were a person.
The earth quakes, a roar erupts from the sky as the belly of those tar-colored clouds rip open and a deluge of rain falls over the campus as if God himself were trying to soothe an open wound.

Enjoy the week! Hope you have fun with Roxy and Cole!